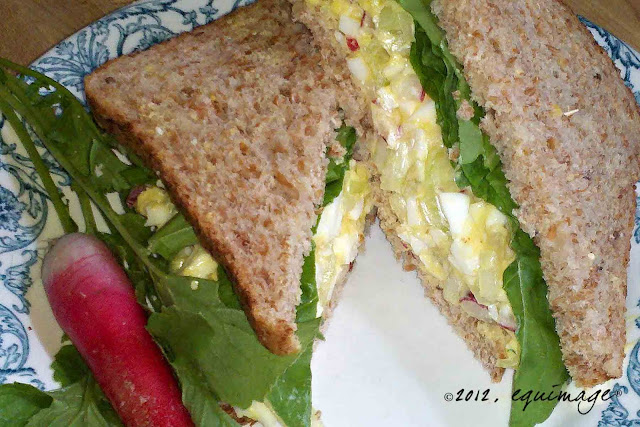 
One of the joys of having a garden is knowing that right outside is the freshest, most organic produce there is.  And, it's lunchtime.  I have radishes in the garden.  I also have some beautiful early arugula.  I have a few hard-boiled eggs in the fridge.  And, it's time for lunch. I think it's time for some of my mother Irene's Egg Salad!

My mother Irene was a fantastic cook!  Ask anyone who knew her. She was a woman of very strong opinions, unchangeable convictions with a passionate and sometimes volatile temper. But she showed her love through cooking and she was one heck of a cook!

A wonder in the kitchen, my mother could whip up a damn near wonderful meal  (a term my father coined for the delicious meals my mother would whip up from just a few inexpensive ingredients -- or as he said, ... from damn-near nothing) in nothing flat.  Soups, stews, baked goods, potato pasta little dumplings like gnocchi that would melt in your mouth. The mixture of little potato dumplings, crisp bacon, browned onion and golden sauteed cabbage is sublime! This perennial family favorite that we called halushki, was always served in the winter when it was cold outside. (I'll post this recipe after the first frost, when the chill is in the air.)

Another quick fixer upper was her egg salad.  A simple mixture of chopped hard-boiled eggs, thinly sliced celery, good quality mayonnaise, and Laury's Seasoned Salt (had to be Laury's Seasoned Salt to make the flavor just right).  I grew up on this lemony yellow concoction.  Usually it was slathered onto good old white bread before anyone knew the value of whole grain,  or plopped onto a ripe, juicy cored tomato that was sliced almost through and topped with a little more Laury's Seasoned Salt for good measure.

Some people put dill, capers, grated onion, or sweet pickle relish in their egg salad.  Not my mom and generally not me.  I like to be able to taste the egg.  I love the savoriness of the celery as it crunches in my mouth. Nope, my mom's egg salad stands on it's own two (l)eggs.  And, that's the way I like it!

Around here, if you simply must add something, try using the egg salad is as a topping for fresh arugula from the garden, or on sprouted grain bread with a few chopped radishes thrown in.  Any way you eat it, it's delicious.

To some, this recipe may not be blog worthy, but to me, it's just one more piece in the puzzle of my childhood.


Mix all ingredients in a bowl, until well blended. Add a sprinkling of seasoning salt, mixing, tasting, and adding a little more until seasoning preference is reached.

Now, get out there and get your hands dirty! All Content ©2011-2012 by The No Till Gardener and Equimage Ltd. All Rights Reserved
Posted by Nan at 1:39 PM

Thanks for commenting! Glad you had something to say -- and said it!

Now In The Garden... 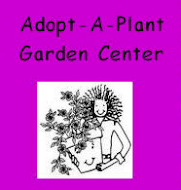